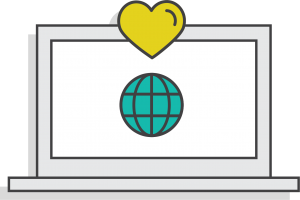 It has been just over three weeks since Apex Legends was released and has already been touted as the first legitimate competition to the juggernaut that is Fortnite. Apex Legends rapid rise in the gaming world has been expeditious. To put things in perceptive, in it’s first two weeks Fortnite had 10 million downloads, while Apex Legends had 25 million in its first week! If your child isn’t talking about (and wanting to play Apex Legends) it is only a matter of time. So here is what you need to know.

Apex Legends is currently available on PS4, Xbox ONE and PC. It is a multiplayer ‘Battle style’ game similar to the format of Fortnite. Twenty squads (teams of three players) are dropped into a map of an island, where they begin a battle to be the ‘last man standing’.  Players search for supplies, ammunition and explosives to shoot and kill whilst the playing area continues to get decrease in size. The Australian Classification Standards have Apex Legends rated as MA 15+, legally restricting this game to persons 15 years and older, with reference to strong violence and graphic representation of harm.  Like any media platform, this is something that should not be overlooked. While Fortnite, has often be defended against being a ‘violent’ game with no blood featured and cartoonish gameplay, Apex Legends includes blood spatters, stabbing and greater realistic violence. We strongly advise parents to view video content or play to game to establish how they feel about their children accessing this form of media.

Given the increase in popularity of these styles of online games, there are two key factors that make this game so appealing. The influence of obsessive behaviour to constantly play games and the social element of connecting with friends (or complete strangers) through game collaboration and communication features.

These styles of games have addictive tendencies through the short time investment in each game (around 15 -20 minutes) and operant conditioning which exists through the randomisation of being rewarded when searching and finding helpful weapons and ammunition. It is these triggers that can make it hard for any person to self-regulate their game play and falling into a vortex of playing “just one more” game. Like something sweet, the colours, sounds and reward systems within both Fortnite and Apex Legends provide young (and older) players stimulus that encourages returning to the game to fulfil a craving.
​
Apex Legends, promotes collaborative game with players taking part in teams of three. Unless the user has two other ‘friends’ that they know with the same gaming console (PS4, Xbox ONE or PC), they will be paired to play with people they don’t know. With the ability to communicate both verbally (audio headsets) this does mean there is the risk that users will be exposed to inappropriate language and strangers. If users are playing people with strangers, there is the ability to mute them during game play and should be encouraged.

Whether your children are play Apex Legends, Fortnite, FIFA or Solitaire, there are always things you should know and talk about when playing online games.

Here are our TOP TIPS for parents whose children play online games:

5 Habits of a Cyber Savvy Educator

Parent Guide: Empowering Your Teen To Tame Their Screen Time 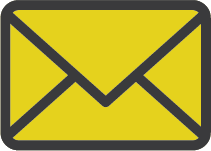